DZRH (666 kHz Metro Manila) is a radio station owned and operated by the Manila Broadcasting Company. The station’s studio is located at CCP Complex in Pasay City. The station was set up in 1939 by the Heacock Company and was originally located along Escolta, the commercial center of Manila during the American occupation.

The station has become a pioneer in the use of various interactive features – a live chatroom where listeners can feed comments to the station in real-time, two modes of VOIP that can be used to call the station. 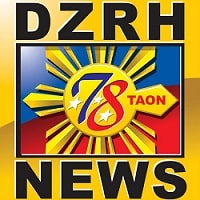